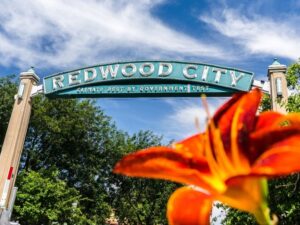 Fera Hashemi, the co-owner of Redwood City’s Arya Steakhouse, said indoor dining has provided a lifeline to her business.

REDWOOD CITY, CA — Many Redwood City restaurants have been welcoming customers for indoor dining, a small step towards a return to normalcy amid the coronavirus crisis that’s provided a much-needed boost to a struggling sector of the local economy.

Under state’s four-tier system, counties in the red tier are viewed to have a “substantial” risk level, compared to the purple tier, in which the pandemic risk is considered “widespread.”

Tiers 3 and 4, also known as the orange and yellow tiers, assess the risk levels to be “moderate” and “minimal.”

San Mateo County restaurants have been allowed to open at 25 percent capacity since it moved into the red tier Sept. 22. They’ll be able to expand to 50 percent capacity when the county moves to the orange tier.

Fera Hashemi, the co-owner of Redwood City’s Arya Steakhouse, said indoor dining has provided a lifeline to her business.

“Dining in for us is a way to really connect with our guests, it is a way of having that full connection and being able to give the guest a full dining experience with beautiful ambiance and great food,” Hashemi said.

“Of all the things that have been taken away from us during COVID, indoor dining means survival and continuing to stay open. Not sure how much longer we would survive without the option.”

Below is a list of Redwood City restaurants currently open for indoor dining.

Want to stay up-to-date with the RCIA? Sign up for our newsletter!