Scare on the Square 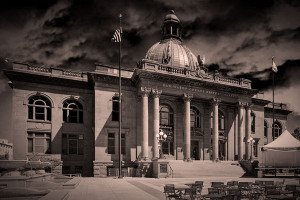 -The San Mateo Historic Courthouse Square will be brought to life with Halloween costumes and music presented by Redwood City Parks, Recreation and Community Services and Facebook, Inc.–

“To celebrate Halloween we thought it would be great to join Redwood City Parks, Recreation and Community Services and Facebook to bring a holiday community event to Downtown Redwood City,” said Eric Lochtefeld, Redwood City Improvement Association’s President. “The ‘Scare on the Square’ event brings an entertaining attraction to our downtown and provides a safe atmosphere for Redwood City’s children to trick-or-treat.”

“Scare on the Square” will have interactive areas for all-ages and families including an inflatable playland and live music. The square will be transformed into a Halloween festival with face painters, photo booths, balloon artists, dancing and Redwood City Improvement Association will light up the square with its Magic Lantern 3-D Show: “Dia de los Muertos,” designed by world-renowned light show artist, Bart Kresa. Kresa has completed projects for Oprah Winfrey, Paramount Pictures, The Grammy Awards, HBO and more.

“This event is wonderful for the whole family and gives everyone a place to celebrate Halloween together,” said Lochtefeld. “The Redwood City Improvement Association wants to create an atmosphere for residents to enjoy every day of the year by bringing creative events and attractions to Downtown Redwood City.”

“Scare on the Square” Schedule*: